The term “Augmented” means to enhance or to make something better. So, simply put its an expansion of virtual reality. Virtual reality recreates the virtual environment while augmented reality blends the virtual graphics on top of real world which imparts it more meaning. Augmented Reality is closer to the real world.

Most of us have played the game Pokemon Go. It’s the prime example of AR technology. It went on to become the bestselling AR game. Augmented Reality is not only limited to gaming and entertainment rather it is now being used in healthcare, education and sports. Advertising industry is also keen to tap the potential benefits which this new technology offers. It’s one of the most talked about technology among the marketers and advertisers are focusing to avail it to attract more customers by generating interactive AR ads. 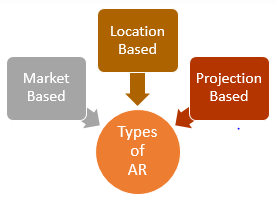 Benefits of using AR in advertising:

2 thoughts on “Augmented Reality in Advertising”